Oops!!! I have got a bit behind recently. I tried to post my update for August 11th on the 12th and Blogger was freaking out and wouldn't actually let me type anything, then last weekend we had a visitor, and now I'm finally updating for the last few weeks...

I've been struggling a bit with the banned books as it turns out that quite a few of the books I read when I was younger were banned (Of Mice and Men, Animal Farm, American Psycho), and although I'd happily read them again I'm not sure I can count them if I've read them before... It's quite odd that there are so many books which have been banned, but many of them have only been banned in, for example, one state in the USA, and nowhere else in the world. This made me wonder if I should just look for books that had been banned in most places, or just use ones that have been banned regardless of where.

I have however for 3 more banned books that I could read (they were just random ones off the list):
Black Beauty, I must be one of the few females my age who didn't read this when I was little, but
apparently it was banned in South Africa where they took offence because it had black in the title.

The Catcher in the Rye - JD Salinger, apparently banned for profanity and references to sex.

Fanny Hill - banned for the prostitution in the book.

Taking photos on days out - I actually managed to take the camera with me and use it when we took the boys up to the school house to play in the sunshine on Sunday, and took a couple of the flowers outside as well. 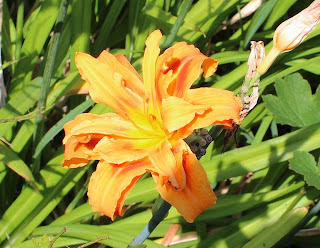 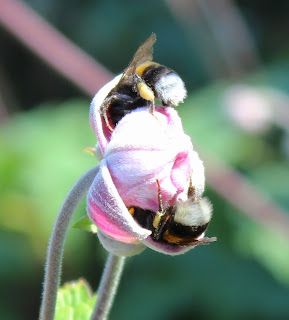 I did take quite a lot of photos of the boys while I was out and tried to get some decent photos, so although it wasn't a proper "having a photo session with the boys" it was a start. I definitely need to learn more about our camera so I can take more professional looking photos. 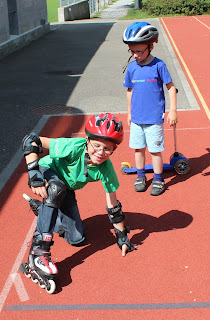 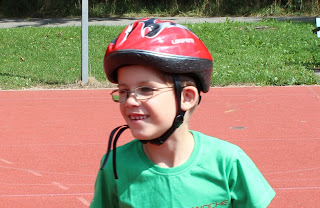 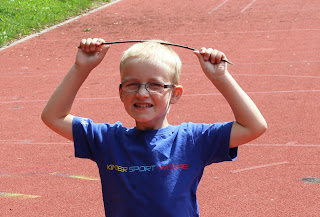 One of my other challenges is to learn how to use the camera properly so it goes hand in hand with the photo sessions - I am considering buying the book about the camera from the For Dummies range to pick up some basic tips and instructions.

Before the boys came back to join us after their summer holidays in the UK Ben and I managed to have a couple of date nights. The first one was just a film night at home - we considered going to the cinema, but there was really nothing that we were desperate to see showing. Instead we moved the sofa, pulled out the big screen, and got the snacks and drinks in, and settled down to watch Skyfall - a perfect evening. The next night we decided to go out for dinner and to the casino, but as we left early we thought we'd do the casino first - oops!!! Over three hours later we realised how long we'd been at the casino, and decided that we didn't really want to go out to dinner by that time, so instead stopped off at MacDonald on the way home (don't say we don't know how to treat ourselves), and then popped to the restaurant at the casino the following day for lunch as the food there is fantastic :-)  So all in all a very relaxing weekend.

Becoming more confident in conversing in German - I do converse in German, and although it's not as great as I'd like, I don't do too bad, so why do I have no confidence in doing this? I am thinking that part of this may be down to the fact that although I speak a reasonable amount of German, I live in Switzerland, so the language is Swiss German, not German. I manage to speak reasonably confidently with some people too, and don't feel stupid, so really I think my main thing to do now is to learn more vocabulary, which I already have the perfect Filofax (in green) ready to write new vocabulary in.

Journalling daily - this hasn't started yet, although I am starting on the 5,000 question survey as I think this may get me in the habit of writing. Some of the questions are a bit silly, and some of them are short answer questions, but many of them you could write as much or as little as you like. I am planning on getting into the habit of doing some of these daily, but getting started in the habit is proving tough. The other thing is that I read Ray's posts re journalling (it is written as a short course, and as well as following it on the blog at the time, and then went on to pick it up from Amazon to have on my Kindle). This is great as it gives you homework to do, and is much shorter than the 5,000 question survey, and would probably give me a bit more structure to my thoughts.

But, before attacking the journalling too much I need to sort my house and cellar - there seems to be so much clutter and I would like things to be a bit more organised and peaceful. Children's toys and clothes outgrown, boxes never unpacked (we've been here for over 2 years now, how much of this stuff can we actually need?). Maybe I should swap some of these things into my 101. Maybe that will give me more motivation to get them done.

At the moment I have 46 of the 101 outstanding (either part done or not started). Of these, the easier ones to complete (e.g. films, books, quick stuff) there are 10. Which leaves me with 36 longer / trickier ones that require a bit more planning and thinking about. I have less than a year left - best I get a wiggle on...

It's been a busy week - but I finally got round to buying some flowers for home and took a few pics to prove it. 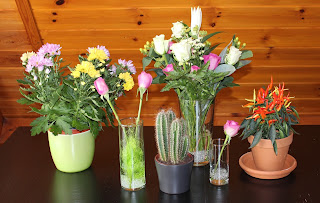 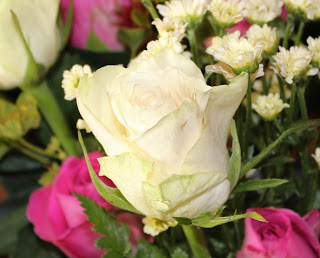 Completely unrelated to my 101 however, I found a fabulous stationers shop in Zurich (Bookbinders Design) and bought some fabulous things. Their stationery is pretty plain, but totally stylish, and I picked up some washi tape, some pencils (which have a very intense colour), and some cool clips.

And here we are - finally caught up and ready to share my achievements from this week...

I may have mentioned that when I went to see Rock the Ballet earlier this year that I also saw some flyers for Romeo & Juliet which is coming to Zurich towards the end of September, which I intended to buy tickets for. I am so glad that I forgot to book them, as I came home from work the other day to find mail from the Maag giving me a discount code for 20% off - will be booking those soon and then I will have been to see two dance productions - so exciting!!!

My attempt at reading five books in German may be starting soon. I still have the book that my friend lent me, but am not sure if I'm brave enough to try reading this one, but as books over here are so expensive I didn't want to buy any, and also wasn't too keen on trying to find my way round the books in the library to try to find something that I may be able to get through (apart from children's board books). Yesterday I was in the local shopping mall and saw that the Ex-Libris store had some huge discounts (and it's not a massive shop, so not too intimidating) and picked up six books. I had picked up five (two small, one book of nice quotes, one in between size book and one standard looking chick lit book. I was about to pay when I thought I'd check out if they had any Enid Blyton (they didn't) but I spotted a  rather large book called Das Phänomen Harry Potter, and as I could understand the back cover, and thought I may find it a fun read, I stuck that one in my bag too :-) Feeling a bit brave now. I'll break myself in gently with the first of the small books - but not on the train. I need to be at home with my dictionary by my side (and my Filofax to write in the new words I am picking up each day).

Last night I went to a Gonis presentation (a bit like an Ann Summers party but with craft products). I found that as well as doing the presentations and selling the products, the lady who does it holds workshops once a month. I am considering the possibility of going to these to learn more about the different uses for these products and the different techniques, and doing this instead of the using one evening a week for three months for a course or something. I find the stuff we were shown very interesting, and these are things I could also do with my boys, and it's good fun :-)

Have a great week,